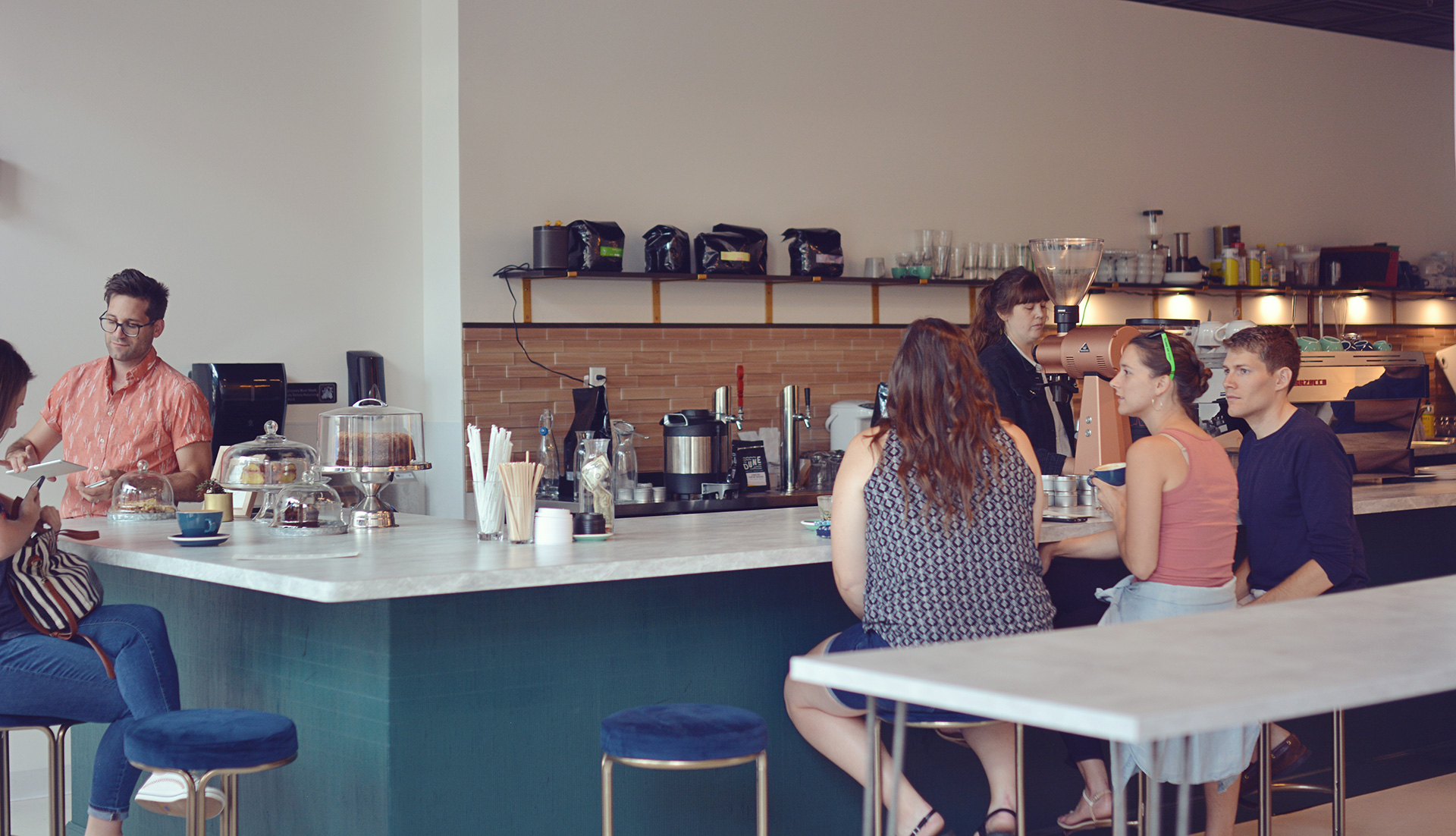 The Analytics Of Autumn: The 2019 Build-Outs Of Summer By The Numbers The Build-Outs of Summer Season Seven is officially behind us. But even still, the Thrill of the Build shines brightly in the rearview, reflecting a small glimmer of warmth as we head full steam into the colder months. And so too do we reflect upon all that transpired, crunching numbers and finding trends for the Analytics of Autumn, our yearly wrap-up of our summer series.

This is our fourth year of making competely-justified-but-not-at-all-justified statements about the state of specialty coffee as told by the Build-Outs of Summer. And while it’s ostensibly difficult to claim that 40 cafes who didn’t even exist until a few months ago represent the totality of a global industry, there is nonetheless a lot of truth to be gleaned from them. As we’ve stated previously, the Build-Outs of Summer is an opportunity for owners to give an unfiltered account of what they want their cafes to be, regardless of how well they are able to live up to the standard they are trying to achieve. These are the cafes at their most aspirational. We are given a direct line to the Platonic ideal of the specialty coffee shop in 2019; the Greek philosophers would be green with envy. What we’ve found this year bolsters claims from previous years. It’s as if there’s a trend or something. So let’s take a deep dive into the numbers and see what we can glean from the 2019 Analytics of Autumn: A Brief Reprise For The Build-Outs Of Summer, Who Went Away, But For Very Good Seasons.

We saw a total of 40 entries in the 2019 Build-Outs of Summer, but unlike previous seasons, this year’s participants came solely from North America (come on, Europe, Asia, and Central and South America, what gives?!). Only four—Beachcomber, Prototype, Pilot, and Virgin Islands Coffee—came from outside the continental United States. Entries this year have a fairly even geographical spread, with 16 shops in the East, 13 in the center part of the continent, and 11 in the West.

Whereas previous years have told the story of good coffee happening anywhere—which it can and still very much does—this year’s Build-Outs is all about the big cities, the established players continuing their coffee dominance. For every Albuquerque or Cranston, there’s a New York City or Houston; in fact, exactly half of the 40 entries this year came from top 20 US cities by population (this includes Toronto, whose population would put them in the top five were they an American city). But despite the ever-so-slight western bent this year, the cities with the most entries into the Build-Outs of Summer this year are Los Angeles (again) with four and Austin with three. These two cities share a similar arc in their coffee scene’s evolution; both are places coffee brands want to be. Of the three Austin cafes featured, two—Cartel Coffee and The Meteor—are from already existing brands making a move into the Texas state capitol (to say nothing of Intelligentsia’s recent cafe opening in ATX). Following last year’s trend of everyone wanting to roast, it turns out everyone still wants to roast. 28 out of the 40 coffee companies featured this year, a whopping 70%, roast their own coffee. Using even the most lenient definition of “multi-roaster”—having more than one roaster at a given time—only four of the remaining 12 cafes could rightfully fall under that moniker, all of them coffee companies opening their first location.

While the rise of the roaster accompanied by the continued decline of the multi-roaster follows what we have seen coming over the past few seasons of Build-Outs, what’s new for this year exactly how these roasters are plotting their growth. The roasting ilk breaks down evenly between those opening their first cafe and those now with locations, plural, and of the 14 first-timers, eight have been operating as wholesale-only accounts long before finally deciding to open a storefront of their own. The overwhelming theme we are seeing this year is companies focusing on steady growth over ambitious expansion.

The Year In Gear Stop me if you’ve heard this one before, but the La Marzocco Linea tops the list as most used espresso machine for the Builders this year. 14 of the 37 cafes using espresso machines opted for the Linea, 10 more than the machines tied for second, the KB90 and the Modbar AV (both members of the LM family). Including Modbar cafes, a total 25 shops use some model of La Marzocco espresso machine. The Synesso MVP Hydra and Slayer Steam were the two most used non-LM machines with three and two, respectively. And if you want some more not-at-all breaking news, the Mahlkönig EK43 is still everyone’s favorite grinder. 18 of the 53 total grinders named, a total of 34%, are EKs. Like with La Marzocco in the espresso machine category, the second most used grinders are also Mahlkönig products, the K30 and PEAK, both of which had seven. 64% of the grinders mentioned in the 2019 Build-Outs of Summer were made by Mahlkönig. The most used non-King of Grinders were the Nuova Simonelli Mythos (both One and Two) and the Mazzer Major, both with five.

Hand-brew coffee continues its steady decline for Build-Outs cafes. This is not to say pour-over coffee it losing favor, but actual manually brewed coffee may be going the way of the multi-roaster. Overall, 16 of the 27 shops that discussed their filter options (13 didn’t even mention anything; take that for what it’s worth) have some pour-over option on their menu, but only five make any mention of actual, brewed-by-hand coffee. In general, we found folks more eager to discuss which model of FETCO or Curtis batch brewer they were using than any particulars about pour-over brew methods. What Does It All Mean?

If there’s one grand theme that prevailed in the 2019 Build-Outs of Summer, it is how close it hewed to what we saw in 2018. Cafe owners want their spaces to be approachable and community focused. Respondents would much rather talk about how they want to be inclusive and a place for all than they would about how they are chockablock with the freshest gear. As we saw last year—and can now say more conclusively—the gear arms race is over. At least for now.

How folks talk about their new projects seems to signify a shift in how cafes want to identify themselves as amongst the ranks of the specialty world. Folks used to signal their bona fides by talking about what gear they had or how many different roasters they would be bringing in; now being a specialty cafe by and large means having a more social focus. The shift makes sense, especially when you consider the current political environment much of the world currently finds itself in. It wasn’t but five or six years ago when you could walk into a shop, see a Linea, an EK, or five different roasters, and know that place was “legit”. Of course, those things don’t actually necessitate that the cafe was in fact any good, only that they were aware of this broadly nascent thing called “specialty coffee.” But with the democratization of information, specialty coffee’s secret handshake became the formula for those looking to “cash in” on the hot new trend (only to realize any cashing in would be purely figurative).

And as specialty coffee evolved, a rejection of the old schema became the new calling card. What’s old is new again. Whereas coffee shops once wanted to be science labs where you waxed academic about a beverage you’ve consumed everyday of your life but are just now truly tasting for the first time, coffee shops are returning to the hangout spots, the place where everybody knows your name and your drink order.

In 2019, it’s deeply uncool to only drink espresso or consume exclusively hand-brewed v60s of fresh crop Kenya AAs. What’s cool now is broadening the pool of specialty coffee drinkers. What’s cool is espousing the virtues of the peoples’ drinks. It’s expressing unabashed and unironic love for the best damn iced vanilla oat milk latte you’ve ever had. In 2019, specialty coffee has, in a lot of ways, gotten over itself.

The post The Analytics Of Autumn: The 2019 Build-Outs Of Summer By The Numbers appeared first on Sprudge. 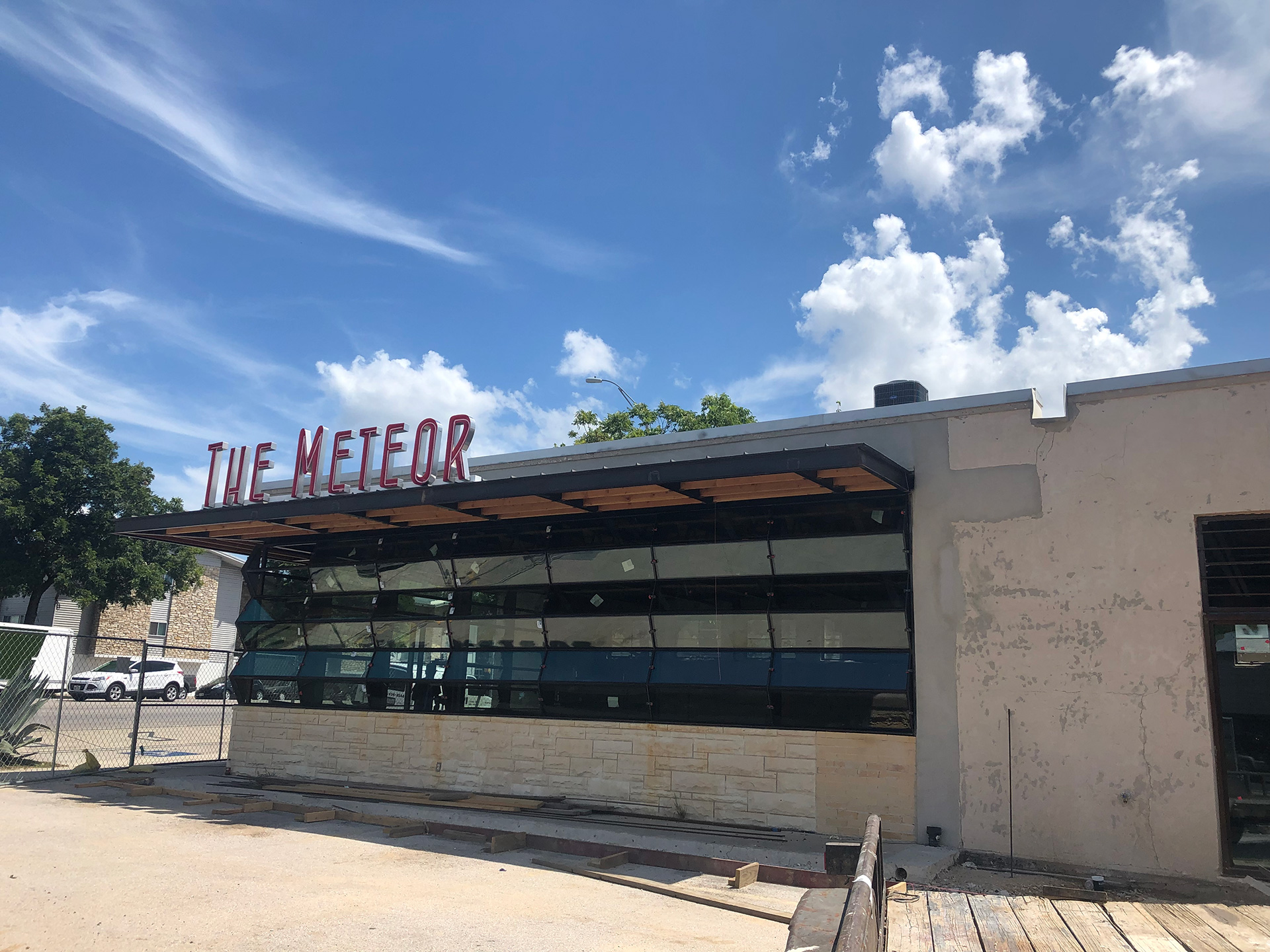 Build-Outs Of Summer: The Meteor In Austin, TX When it comes to mission statements, they don’t get much clearer (and diverse) than “Espresso, Champagne, and Chain Lube.” And that is exactly what The Meteor will be bringing to Austin early next month. Along with coffee from Intelligentsia, the new polymath cafe will feature a selection of natural wines as well as a “bespoke bike shop,” all things that the Texas capital inarguably enjoys, perhaps more than anywhere else in the state does.

With locations in Bentonville and Little Rock, The Meteor is hopping the border for their first non-Arkansas cafe, right in the heart of Central Texas. Their newest South Congress outpost looks to capitalize on the city’s penchant for doing things in 100° heat that shouldn’t ever really be done in temperatures that hot: riding bikes and drinking hot coffee; the crisp natural bubbles are never a bad idea though. But it’s a formula that has spelled success in Austin for some time now, and there’s no slowing down (or cooling off) in sight.

The 2019 Build-Outs of Summer is presented by Pacific Barista Series, notNeutral, KeepCup, and Mill City Roasters. As told to Sprudge by Andrew Werth.

For those who aren’t familiar, will you tell us about your company?

Our framework is espresso, champagne, and chain lube, but really we are… Can you tell us a bit about the new space? What’s your approach to coffee?

The Meteor strives to be exceptional in everything we do. It is our mission to provide our customers with excellent food and coffee in a fun and energetic environment. We offer friendly, intentional, and knowledgeable service that provides our customers with a consistent experience each time. We are committed to serving high-quality products while creating a dynamic and engaging atmosphere for our clientele and staff.

Moreover, we strive to create and foster a supportive community that emphasizes clear and direct communication and mutual respect. All members of our staff are valued for the unique experience that they bring to our company and are offered opportunities for personal and professional growth throughout every stage of employment. How is your project considering sustainability?

Principally in repurposing an existing building. Secondly in facilitating to a majority bicycle transported clientele with ample bike parking and bike services. A majority of wine offerings will be low to no intervention ie. natural wines. Additionally using compostable to go containers and participating in organic waste collection. Are you working with craftspeople, architects, and/or creatives that you’d like to mention? The Build-Outs Of Summer is an annual series on Sprudge. Live the thrill of the build all summer long in our Build-Outs feature hub.

The post Build-Outs Of Summer: The Meteor In Austin, TX appeared first on Sprudge.