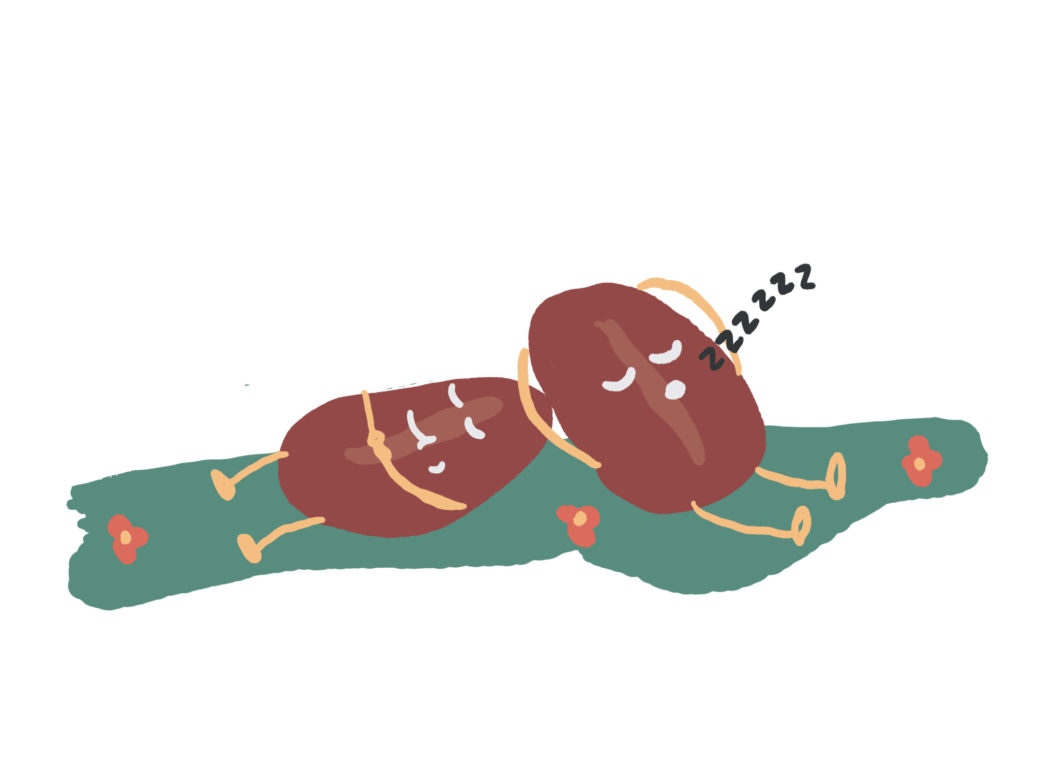 Are you a mod or a rocker? Eat lunch with the jocks or the burnouts? Team Edward or Team Jacob? Rest assured, one milieu in this modern era no longer demands that you choose socio-culturally defining sides: coffee. That is, whether you drink it with or without caffeine.

You see, in the last few years there has been a burgeoning of specialty coffee micro-roasteries that specialize in decaf. They use green beans decaffeinated by natural methods, and as much as their caff counterparts, prioritize flavor while maintaining the same high standards in sourcing and processing. Although the bigwigs in third wave include decafs in their collections (Intelligentsia offers a whopping four online), for this newest generation of roasteries, decaf is a starting point rather than an afterthought. The result is delicious, complex, and varied coffee that could well disarm the death-before-decaf set and lift the Lenten gloom of those who abstain for medical reasons. Some of these roasters were once regular regular coffee drinkers themselves, still are, and/or simply do not dichotomize the joy of a cup’s contents into caff and non-caff camps.

This capacity for coexistence is patently encapsulated in a tagline on the Talking Crow Coffee Roasters website: “He drinks regular—she needs decaf.” Those pronouns’ antecedents are Eric and Carol Blanchet, who established their Sultan, Washington-based roastery in late 2018. Their “predominately decaf” business, as Carol describes it, ideally carries three regular roasts alongside seven decafs. “We roast both so that we can compare our decaf with the regular to be sure we are spot-on with our roast profiles.

“We have a large family (eight children) and we home educate, which makes for crazy-busy days,” Carol explains via email. “A few months after our last child was born, I suffered with extreme adrenal fatigue, which required, among other things, that I give up caffeine. That was really hard because I love coffee and really depended on it to function throughout the day.”

In similar want of salubrious substitution, Kait Brown last year founded Savorista Coffee in Dayton, Ohio. “I first fell in love with coffee as a teenage barista for Boston Stoker,” she recalls. But as an adult, a stressful period compounded by work pressures and her father’s cancer compelled Brown to quit caffeine because it was exacerbating sleeplessness. Eventually, she went seeking drinkable decaf.

“In Colombia, at a blind cupping of decaf and caffeinated coffees, I tasted an incredible coffee. It was one of my two favorites on the table, the flavor notes were really complex and it had a lot of brightness,” she relays by email. “I was shocked to learn that this coffee was a decaf! I realized incredible decaf was possible.”

Some decaf roasteries were born to fulfill not the founders’ desires, but rather their loved ones. Peter Andrews began Sydney’s Playground Roasters in 2016, “when my special lady gone and got herself pregnant, again,” he writes. “It occurred to me that no one was really putting a strong focus on decaf for the coffee enthusiasts amongst us.”

People who connect most with his decaf blend, which is available in cafes around the city, comprise “the growing world of healthy-lifers, the sugar-free movement,” Andrews finds, and “typical cafe-loving mums who so want to have a great coffee, but feel like they just have to go without until they ween the little one.” Though decaf is something he himself has only “occasionally in the afternoon or evening,” he admires the loyalists—included among them are his wife, presently expecting their third child.

“When a customer orders decaf, they are genuinely ordering a coffee for flavor alone—no buzz attached! You could put a case forward that the decaf drinker is the true coffee purist, searching for flavor and flavor alone, while the rest of us are just addicts needing a hit!” he says.

What is more, not all decaf projects are a response to doctor’s orders or an antidote to the jitters.

“We were visiting family in Maine and giving coffee we had roasted as a gift,” Jamie Morganstern recollects of a winter holiday in 2017, when he and his partner, Sara Serino, conceptualized Dewired Coffee. “The days are short in Maine that time of year so we were drinking a lot of decaf, especially when the sun went down. Everyone loved this ritual!”

Today their Berkeley, California-based business offers, on average, three types of decaf. They themselves drink it regularly, but when Morganstern blames buns in the oven, he is not referring to pregnancy. “Sara is always a huge baker, so we’ve pretty much gotten accustomed to having a cup [of decaf] in the evening with a plate of cookies or a slice of pie,” Morganstern says via email.

Though their nights sound traditionally more momcore than millennial-chic, Morganstern is 33 and Serino is 32. They substantiate industry claims that decaf is having a renaissance and young people are its patrons.

“Decaf coffee is also shedding its stigma of being a drink that only the older generation enjoys,” Andrea Piccolo, a senior brand manager at leading specialty decaffeination plant Swiss Water, tells Sprudge. “With millennials leading decaf consumption, the demand is surely to continue its upward growth.”

“Most caffeine-troubled people are not so young and outside of the interest span of these young baristas and roasters,” theorizes Rob Berghmans, who 16 years ago revolutionized Antwerp’s coffee scene with his espresso bar and roastery, Caffènation. “Me myself, I am not addicted,” he says with a laugh.

Yet even Berghmans, ever upfront about the nature of the psychotropic he peddles—his company’s slogan is “One drug, one nation, one Caffènation”—says they have “always been roasting decaf” and are lately enjoying the popularity of their new Caldono.

Another playing-both-sides perspective comes courtesy of long-time San Francisco Sprudge contributor Noah Sanders. In “Searching For The Dark Art Of Decaf,” Sanders reveals how during the early aughts he and fellow baristas sometimes punished “the very worst type of customers” by secretly serving them decaf.

Questioned in 2019 about his own relationship with the substance, he admits: “When I was a barista, I drank six cups of coffee a day until an acupuncturist told me it was undoubtedly the cause of the mildly crippling panic attacks I’d been experiencing. I drank some decaf after that.” These days, he notes: “I try—and fail—to give up caffeine every six months or so and decaf is the lifeline I then cling to, but then only paired with a large-ish amount of steamed milk.”

Now, disguise with dairy no more. At any time, sun up or sun down, you can have your coffee and drink it too. Thanks to these emergent micro-roasteries, contemporary decaf little resembles Grandpa’s Sanka (though what a cute corporate portmanteau that name turns out to be: from the French for sans caffeine). This is certainly NYMD (not your mother’s decaf). As specialty coffee grows up, the black-or-white big-gulp attitudes of yesterday are getting displaced by the nuanced fluidity of personal preference.

We say bring it on. Or more simply put, decaf gives us life.