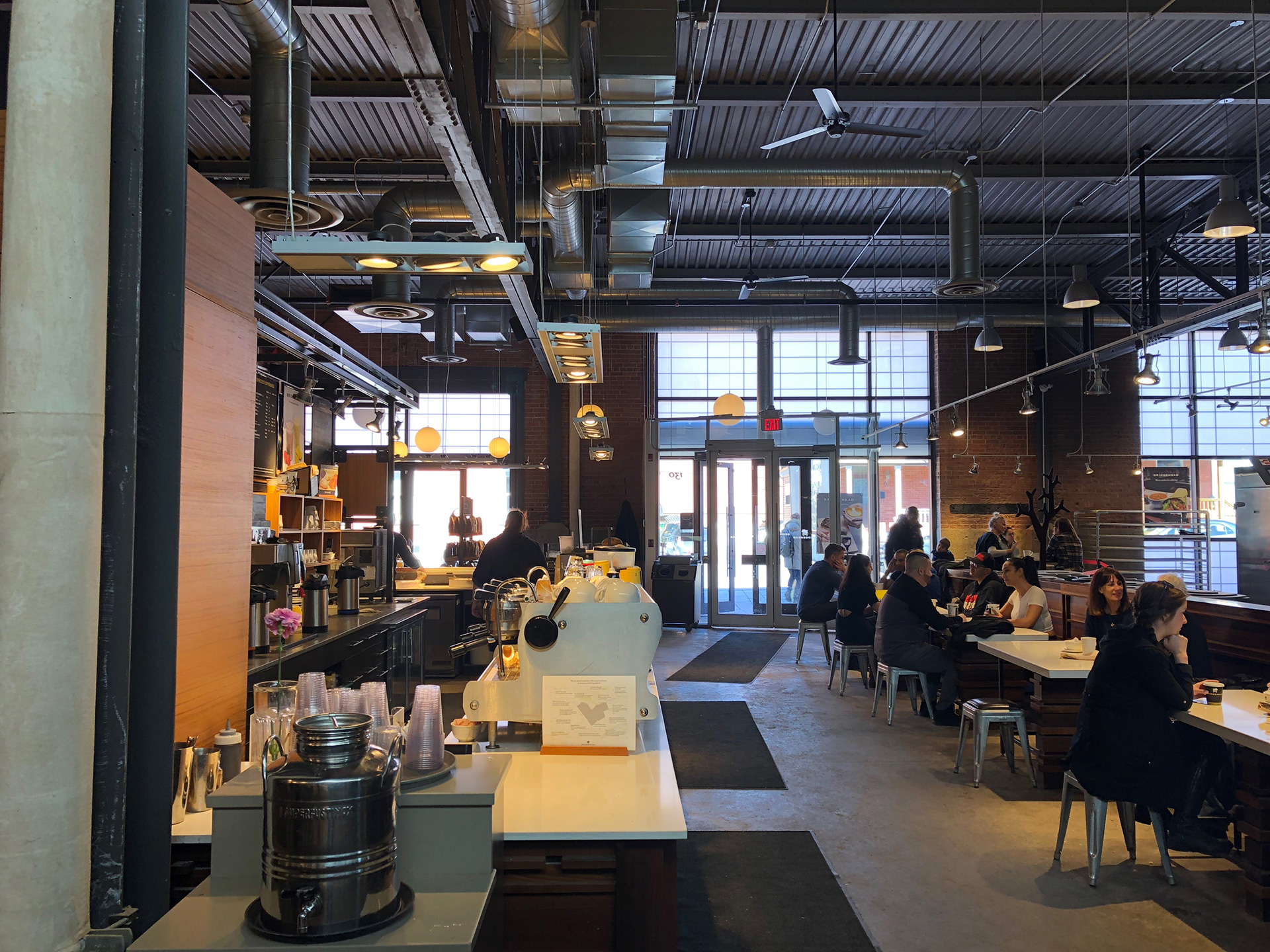 A Coffee Guide To Ottawa, Ontario

Ottawa, Ontario—Canada’s capital, caught between Montreal and Toronto on too many bands’ Canadian tour legs. At first blush, when thinking of its coffee culture, Ottawa might conjure something of a blank slate—but that just might be all the snow.

Truthfully, Ottawa’s coffee scene has exploded as of late. Having just hosted its inaugural Ottawa Coffee Fest in the 4,900-square-foot, historic Horticulture Building at Lansdowne Park, Ottawa stands poised to counter an ill-deserved reputation as a sleepy government town with a Starbucks at every corner.

Whether as a waypoint or a destination on your next trip up north, Ottawa has in recent years become a distinctive stop for coffee drinkers, with a robust and lively scene and a litany of well-differentiated takes on the local shop. Any exploration of Ottawa’s third wave scene starts here—both literally and figuratively. Founded in 2000 and having since grown to a sizable chain (that has thus far resisted expansion beyond city limits), Bridgehead holds down the capital with a roastery location at the crossroads of Little Italy and Chinatown, in an architecturally impressive warehouse.

A Probat roaster proudly hums along just behind the seating area; beside it, a German stone mill grinds away for fresh loaves of their in-house bread. The cupping lab and other open offices innocuously line the back of the establishment.

On-demand Kalita pour-overs and housemade kombucha feature on the menu, while expansive murals highlight Bridgehead’s fair trade relationships dating back to the beginning when the company was at one point run by Oxfam.

Most anyone familiar with Ottawa’s coffee scene will readily acknowledge Bridgehead’s pioneering influence. Although Ottawa is now home to a couple dozen Bridgehead shops, partnerships such as with Ottawa’s LOAM Clay Studio for a hand-thrown ceramic mug illustrate an ongoing attention to detail. The Ministry of Coffee and Social Affairs (Wellington)

Just 10 or so years ago, Hintonburg was perhaps better known as a rather run-down city centre. These days, the creative, once-and-future animation alley has drawn out a small business boom, with the requisite caffeine to fuel it all.

Steps away from The Record Centre, you’ll find the Ministry of Coffee home to an industrial-chic atmosphere, with exposed ceilings, bare drop-down lighting fixtures, and an extra-large wooden centre island matched by floor-to-ceiling, wall-to-wall blackboard menus. A rotation of huge pop art murals adorn the opposite side, with Bono and the Red Hot Chili Peppers looking over the daily bustle.

Ministry’s multi-roaster rotation might feature Toronto’s Cut Coffee or Dundas, Ontario’s Detour one week, or Vancouver’s 49th Parallel the next; roasters as far as Europe, Australia, and Japan have also been featured, giving additional reason for regulars to return and establishing MoC as a locus for coffee drinkers looking to happen upon something new.

An extensive whiskey and spirits menu (with tasting nights), local kombucha by Buchipop, and a variety of sandwiches using slices by neighboring bakery Bread By Us round out the experience. Black Squirrel Books hews closer to the coffeehouse as an intellectual hub than the average establishment. Serving coffee by local roasters Bluebarn and Cloudforest (the latter of which specializes in coffees from Ecuador), Black Squirrel also recently launched a new cocktail menu and charcuterie board. Acting as a hub for the city’s small but vibrant experimental and new music scene, it’s not unusual to see mainstay local improvisors like Linsey Wellman filling the space with curious sounds, or to find the walls reverberating with drone music well into the night.

Possibly more impressive than the coffees and local microbrews up front is the book collection located towards the back. A massive library sprawls right down to the basement, all but guaranteeing a chance encounter with a new conversation piece to pair with your cappuccino.

Black Squirrel Books wears its literary identity on its sleeve: various decorative typewriters casually mingle amongst its regulars, many of whom are students from nearby Carleton University. Indigenous art takes a showplace along a sidewall. It’s a meeting place that foregrounds different perspectives—a coffeehouse ingrained with the value of the exchange of ideas. This cozy shop, nestled in the Glebe, will likely be the only place in Ottawa you’ll find the foamy “Australian cappuccino,” the Magic (double shot flat white), and the Piccolo—in essence, a Lilliputian latte—front and centre on the menu.

Rather than possibly overextending themselves, partnerships are a cornerstone of this small business: their first shop of the current two was and remains an in-store pop-up in the corner of the Cyclelogik bike shop in Hintonburg—a sensible pairing.

Similarly, in the Glebe, the local and highly-lauded doughnut wizards at SuzyQ have set up shop inside Little Victories. Straight-from-the-oven circles of goodness formed from an old Finnish recipe temptingly line the counter display. Finally, out of left field—literally and figuratively—comes Quitters, on the far east end of the city. Founded in 2014 by local musician Kathleen Edwards, who had at the time quit the music industry (and, incidentally, has recently signed a new record deal), here you’ll find Toronto’s Pilot Coffee Roasters on bar, and, incidentally, Little Victories’ roasts as well.

Irreverent, deadpan humor is an integral part of the Quitters experience, with the requisite jokes adorning the sandwich board. With a bustling local crowd that lasts well into the evening on Saturday’s regular trivia night (replete with wine), Quitters is a quintessential slice of backyard Canadiana. It’s a (not so) sober reminder that no matter how sophisticated Ottawa’s coffee scene may yet become, the people hold the centre of it all.

Curtis Perry is a journalist based in Ottawa, Canada. This is Curtis Perry’s first feature for Sprudge.

The post A Coffee Guide To Ottawa, Ontario appeared first on Sprudge.