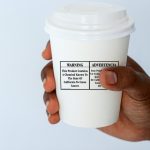 On Wednesday, March 28th 2018, a California judge tentatively ruled that coffee must come with a cancer warning label in the state of California. If you work in coffee, you definitely heard about this, but it’s been a hot topic in the mainstream media as well, making for features in The New York Times, CNN, NPR, BBC, and even Snopes, a website dedicated to fact checking urban myths. But this is no fable; the ruling is for real, and now leading California coffee companies are left wondering what new costs and regulations the next few months might have in store for them.

The decision came after a lawsuit that’s been underway since 2008, when the California nonprofit Council for Education and Research on Toxics filed suit against Starbucks and dozens of other coffee purveyors under the 1986 Safe Drinking Water and Toxic Enforcement Act, which requires companies with over 10 employees to warn their customers about the presence of carcinogens or toxins in their products. The carcinogen in question is known as acrylamide, a chemical compound produced during the coffee roasting process, which, when isolated (ie. not actually consumed inside coffee) has been shown in massive doses to cause cancer in animals, and is therefore found on California’s list of chemicals known to cause cancer. The question the lawsuit sought to answer was whether this chemical is truly harmless in coffee, and the burden of proof fell on coffee purveyors—who, the judge said, were unable to prove that acrylamide in coffee posed no significant health risk, as reported by Associated Press and others.

This decision arrives at odds with a growing body of medical research showing that coffee is not only harmless, it actually provides significant health benefits and reduces cancer risk, including reports from the International Agency for Research on Cancer, National Center for Biotechnology Information, and American Gastroenterology Association. Even the American Institute for Cancer Research has stated decisively that coffee does not need a cancer warning because scientists say it protects from cancer. The coffee trade organizations National Coffee Association and Specialty Coffee Association have both put out responses condemning the tentative ruling and providing resources for coffee people whose families, friends, coworkers, and customers may have questions about coffee’s carcinogenic potential.

It’s not quite over yet; the judge has given coffee companies a few weeks to file objections before the tentative ruling is finalized. Some defendants in the coffee lawsuit have already settled, including 7-Eleven, and a third phase could determine civil penalties of up to $2,500 per person exposed each day over eight years.

So where does all of this leave coffee companies? This lawsuit went after large companies with legal teams and substantial funds, but what about the small businesses that make up the vast majority of California coffee? I spoke to a small handful of coffee company owners and managers across California to hear their reactions and concerns.

Tony Konecny of Yes Plz in Los Angeles reports already seeing labeling from bigger coffee companies since the ruling dropped last Wednesday, including a sign on the bar of Intelligentsia’s Silver Lake location. “I’m assuming any company with money will know they’re a potential target and be proactive; I just wonder what’s going to happen to the little guys.” He also raised concerns around the optics of shipping roasted product from CA to the other parts of the country. “For my business, I don’t know what the impacts are going to be.”

Brian Gomez of The Roasted Bean in San Dimas also expressed uncertainty around potential impacts, but he expressed confidence that coffee lovers will continue to place their trust in the many studies that demonstrate the positive impacts of coffee consumption, as well as their coffee purveyors. “When customers ask, I give them my honest opinion and I make sure to say that it’s my opinion. Based on everything I’ve read, it is safe to drink—not only safe but beneficial. Honestly, if I didn’t believe in my heart that coffee was safe, I wouldn’t be in the coffee business.”

San Diego-based Cafe Virtuoso’s Savannah Phillips agrees that this likely won’t have a huge impact on whether or not current coffee consumers skip their daily brew: “I consider this a non-issue that will have very little or no impact on our business. Coffee drinkers will not change their habits because we are a pretty smart group of individuals.”

Kyle Glanville of G&B Coffee in LA expressed similar frustration at the perceived baselessness of the warning labels. “If the goal is a more informed consumer, mission not accomplished; what an incomplete story to tell consumers. I mean, that’s the thing about coffee, right? It’s almost too good to be true; you can drink so much of it every day and it only makes your life better, and it doesn’t give you cancer—that’s why we love it! It’s a unicorn product.”

Sam Sobolewski of Bartavelle Coffee and Wine Bar in Berkeley echoed the sentiment: “It would be nice if these labels reflected some sort of scientific consensus, but since they do not I will happily tell my customers that we have no idea what it’s all about.”

Wendy Warren of Chromatic Coffee in San Jose is less worried; she’s currently ahead of the game, having put up signs in her Santa Clara cafe a couple years ago. “No one has even commented on it. There’s so much good news health-wise out on coffee that we’re not expecting a change in consumption, just the added cost due to labeling changes.”

Both Glanville and Konecny expressed hopes to see major coffee trade organizations take on the battle of appealing this—as NCA has stated they may—and providing the necessary resources for small companies to get organized. “It feels like if you want to do business you’re just in open water surrounded by sharks,” said Glanville, expressing frustration that a safe, beneficial product like coffee could be targeted as a safety concern while dangerous weapons still abound on the open market. “There are people out there who litigate for a living, and right now it seems like small companies could end up very exposed without the resources to protect themselves.”

It’s early days yet, but the people who will face the real impacts of this new legislation have legitimate concerns around how this will affect not only their costs and operations, but also the public perception of coffee in the long run. But, despite the challenges this ruling may bring, each of the business owners I spoke with are hopeful that no matter what, coffee drinkers will continue to follow the research and enjoy their favorite caffeinated beverage, warning sign be damned.